Pick any video to watch it.

Clic on the Icons 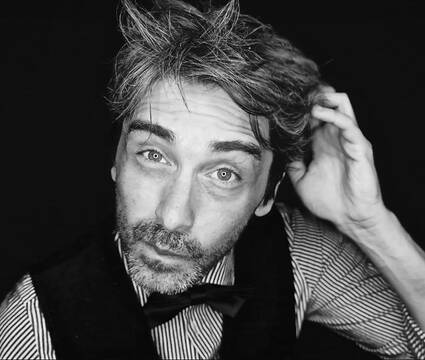 "There's a Sound for every Story. And I'll help you find it". This is the motto of Amaury Laurent Bernier, a Self-taught musician, songwriter, multi instrumentalist, and music producer.

Born and raised near Paris, Amaury Laurent has always been, from an early age, in love with Cinema, and it's in a very natural way that he has since combined his two passions by focusing on writing music for films. The freedom to move between different genres is for him very liberating, and he's passionated by how a powerful manipulation the music can have on, and affect a film. As an empathetic person and natural observer of emotions, putting all his abilities at the service of images became quickly a necessity and an obvious choice for him : Subtext is a strong power: To turn characters into people. Feelings into emotions.

Non only focusing on the instrumental part, having a Songwriting's background allows him to write the proper song to a moving picture, and that's why he comes often with memorable themes for his scores.

Coming from very various musical background, having a diverse mix of influences and experiences makes him definitely comfortable in innumerable musical genres.

Winning the Silver Best music adaptation of the London Awards in 2017 he has been writing music for Films that has been rewarded internationally, and on every format possible : Cinema or Tv Films, Series, Commercials, Documentaries.

Always in time, fitting the budget. Every time.